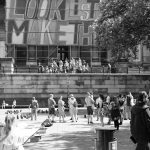 Worldwise Samba Drummers lead the parade through Preston City Centre on Saturday 17th July as part of Making A Mark 2021. They received second place in the public vote for the favourite activity on the day and were followed by dozens of people as they marched through the city, holding up the traffic down Fishergate […] 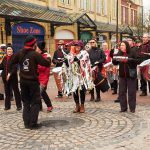 Saturday 22nd February 2020 – after a week of torrential rain which flooded Avenham Park and surrounding area, we were uncertain it would go ahead but on the day the rain finally let up and the very first Preston Mardi Gras parade took place. Huge thanks to all of the members of Worldwise Samba Drummers […]