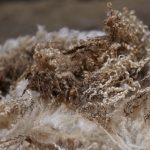 Celebrating our 5th birthday, this is a collaborative project in which residents explore Preston’s rich textile heritage. Alongside Lancashire Encounter, the exhibition at Oxheys opens with a Private View on 22 September 6-8pm when our friend Chelytherium will play live soundscapes in response to the theme. Come and enjoy the art on display, which includes […]

We are delighted to welcome three new artists to our ranks – Caroline Finnigan, who joined us in December, along with Tom and Suzanne Woolsgrove who join us next week. Caroline, a teacher and crafter, runs group classes and workshops for crochet and knitting from her studio, which initially was in the basement but an opportunity arose […]

We are excited to reveal the details of our secret location in Preston city centre for the Lancashire Encounter Festival next weekend, 25-27 September. On Saturday 26th and Sunday 27th we will be right in the heart of the activity –  our friends at the Harris Museum & Art Gallery are allowing us to invade their […]

Preparing for a Lancashire encounter

It has been relatively quiet at Oxheys over the past few weeks, with residents on holiday or just taking a break and enjoying some of the sunshine – well, in between the Preston downpours! We might have to boil our water at the moment but at least there is plenty of it – no hosepipe […]

Having been quite selective, we have now installed what we think is a fabulous show with something for everyone. The optional theme of ‘Change‘ has been widely interpreted, as we hoped, with some very really interesting work.

Not just one group of students but two – this time we were approached by a group of third year filmmaking UCLAN students, needing somewhere to build a couple of sets and make a film. Quite a lot of space was needed and even our project space could not easily accommodate that. As it happened […]

After the hectic pre-Christmas Winter schedule of exhibition and workshops,  resident artists are making the most of this quiet time of the year to spend time working in their own studios, making art with time to think and expand ideas. That is why we have the studios, after all. Organising exhibitions and other events is enjoyable but it is […] 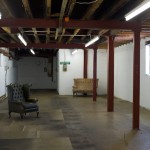 Seems hard to believe but it was exactly 3 years ago this weekend that this website was started, when Denise, Joe and Lisa collected the keys for the old factory mill on Stanhope Street that was to become Oxheys Mill Studios and started the collective. Armed with mops and buckets, a kettle, copious supplies of […]

A fresh new start in March

As March arrives, we welcome a new artist Naomi Dix, to Oxheys and we say goodbye and good luck to Laura, who leaves to have a baby. Naomi, an artist working with textiles, is moving into one of the basement studios, next to ceramicist Terry who joined us a few months ago. The basement is currently […]

It has been a busy summer at Oxheys with lots of work and a few changes. In the basement, Joe, one of the founding artists, moved out of his studio and was soon replaced by Terry, a ceramist, currently doing an MA at UCLan. Terry originally set about cleaning up and repainting  one of the […]

We are now peripatetic and have no fixed abode. We'll pop-up where you least expect to see us!
Next »